On September 12th 2021, Das Erste and ZDF jointly presented "Das TV-Triell" Annalena Baerbock (Bündnis 90 / Die Grünen), Armin Laschet (CDU / CSU) and Olaf Scholz (SPD) discussed their positions on the central issues of the federal election campaign in a 95-minute live format. The show was hosted by Maybrit Illner (ZDF) and ARD editor-in-chief Oliver Köhr. Luxlotusliner was commissioned with the broadcast design and the studio background. The design in petrol colors quotes ballot papers with its grid and is similar to a card design. For the background of the studio, the challenge was to achieve a uniform design or rather a structure without weighting one of the candidates, and the amount of data, since the print of the back wall had to be laid out over 20 m. 7.36 million viewers tuned in on Das Erste alone - the highest audience rating of the evening. At the same time, ZDF also broadcasted “Das Triell”, where an additional 3.51 million people followed the political debate. The bottom line was that almost 11 million people sat in front of the TVs to see Baerbock, Scholz and Laschet in a three-way battle. For Das Erste, this meant a strong market share of 24.2 percent, followed by ZDF with 11.5 percent. There were also broadcasts on Phoenix (0.4 percent) and Tagesschau24 (0.4 percent). All in all, “Das Triell” made it to a 36.5 percent share of the market. 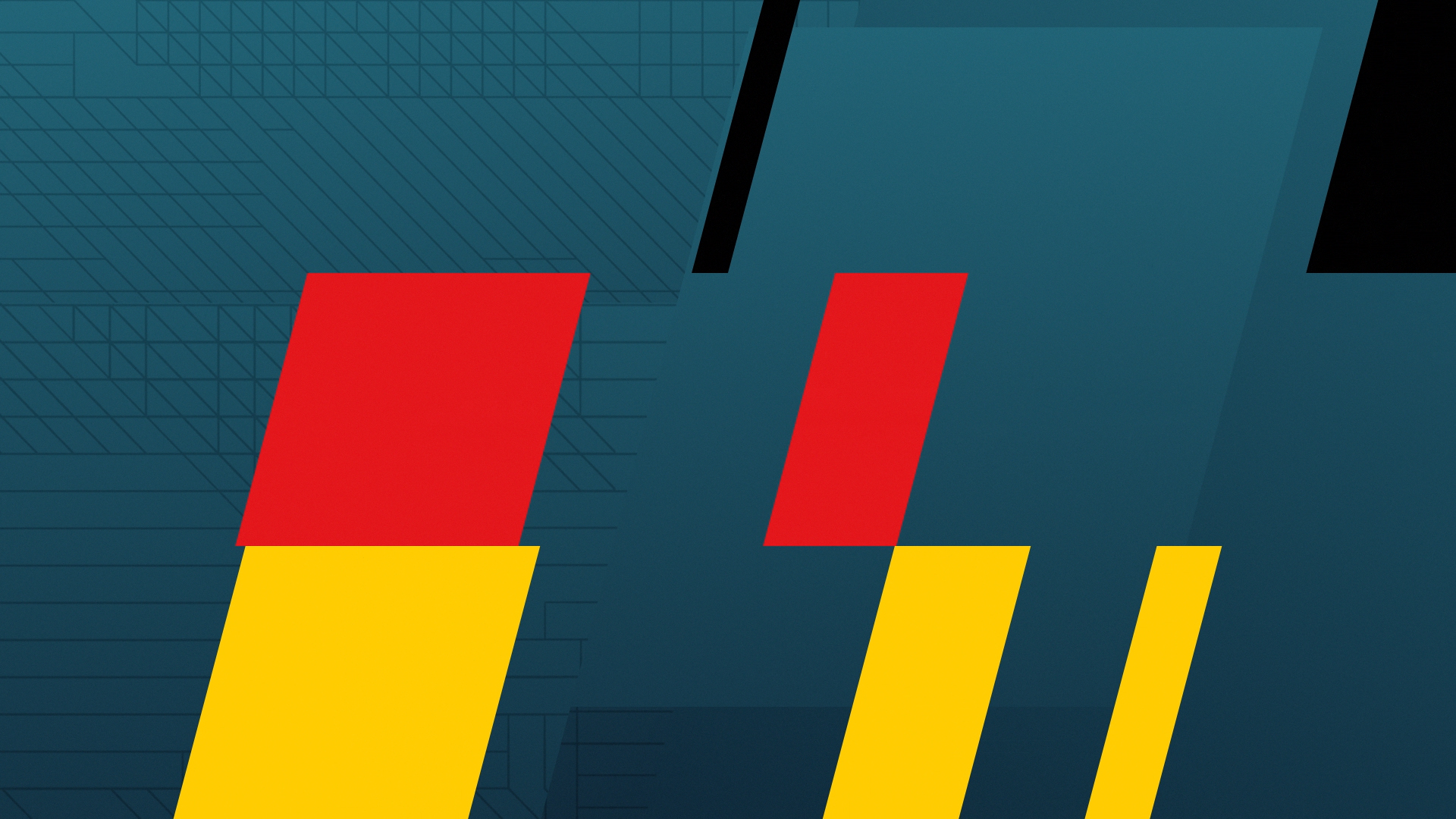 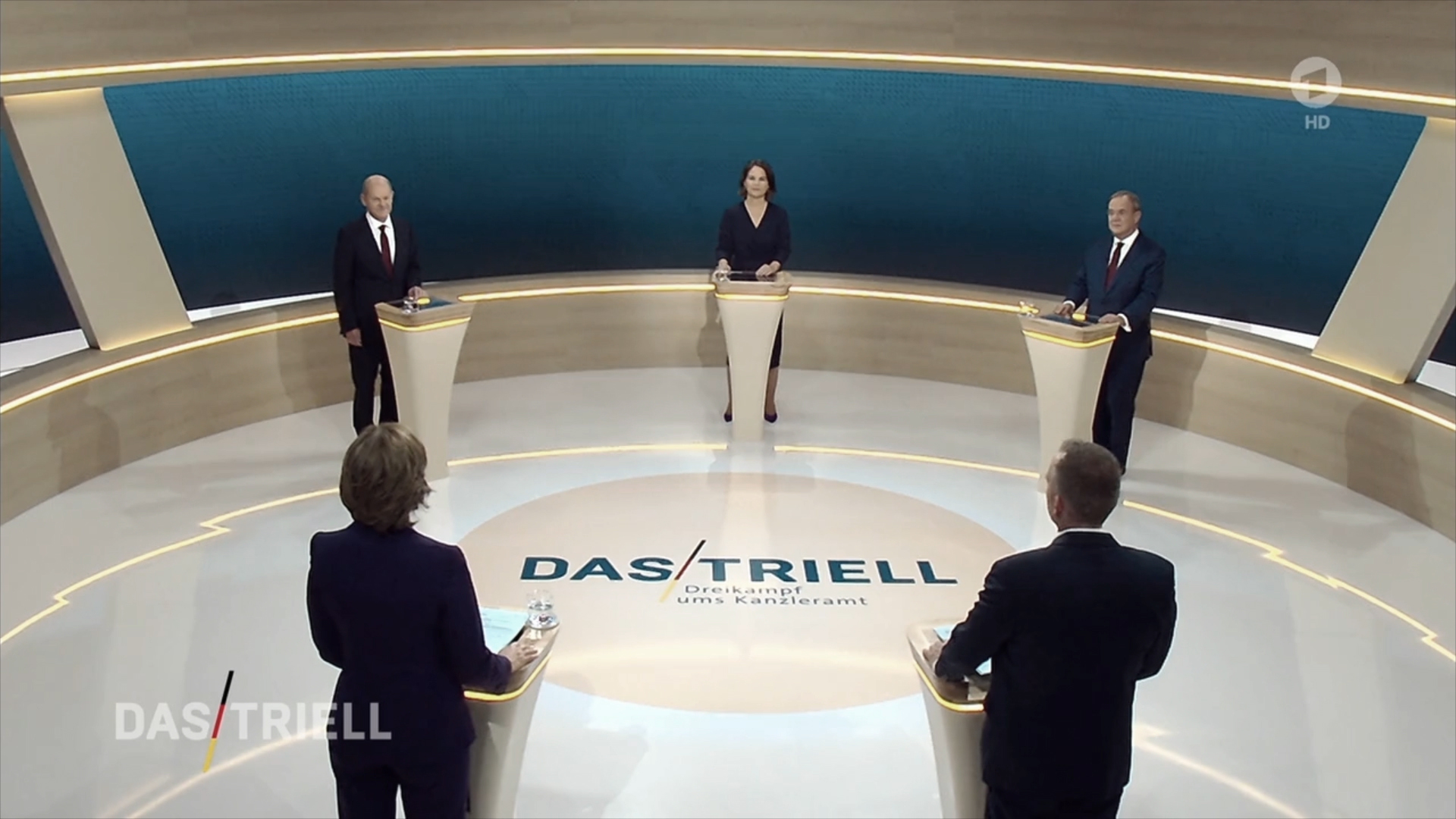 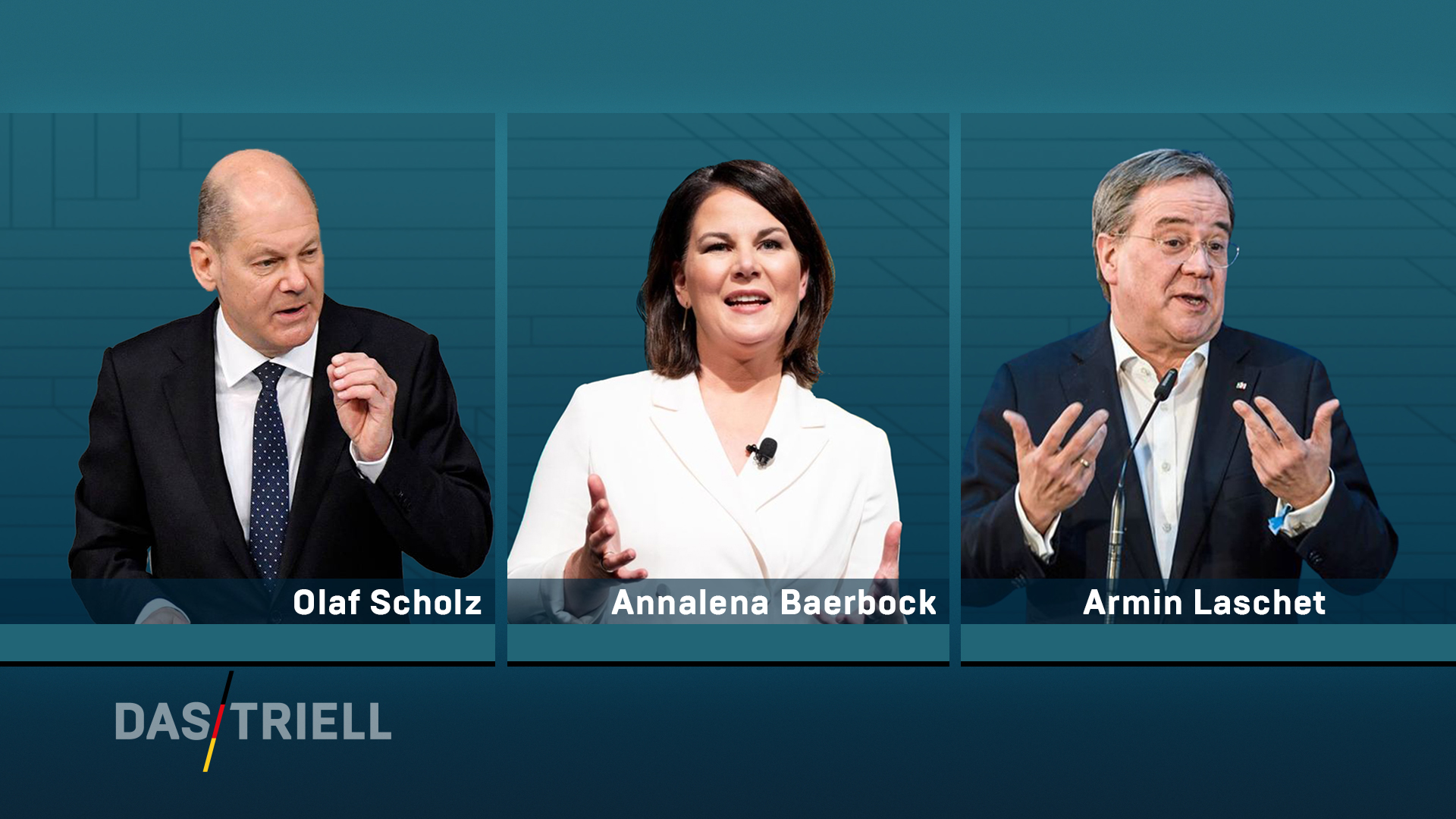 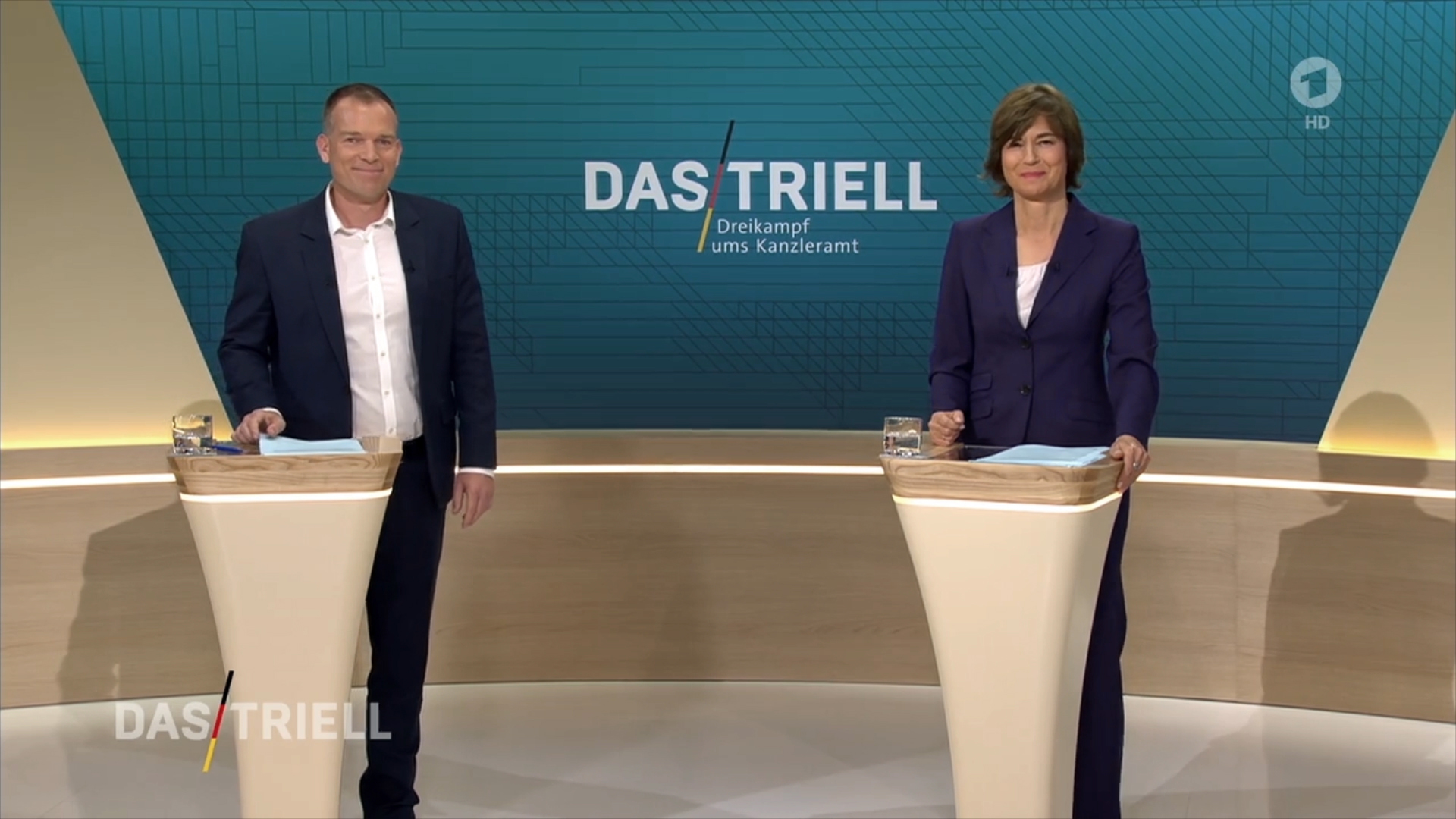 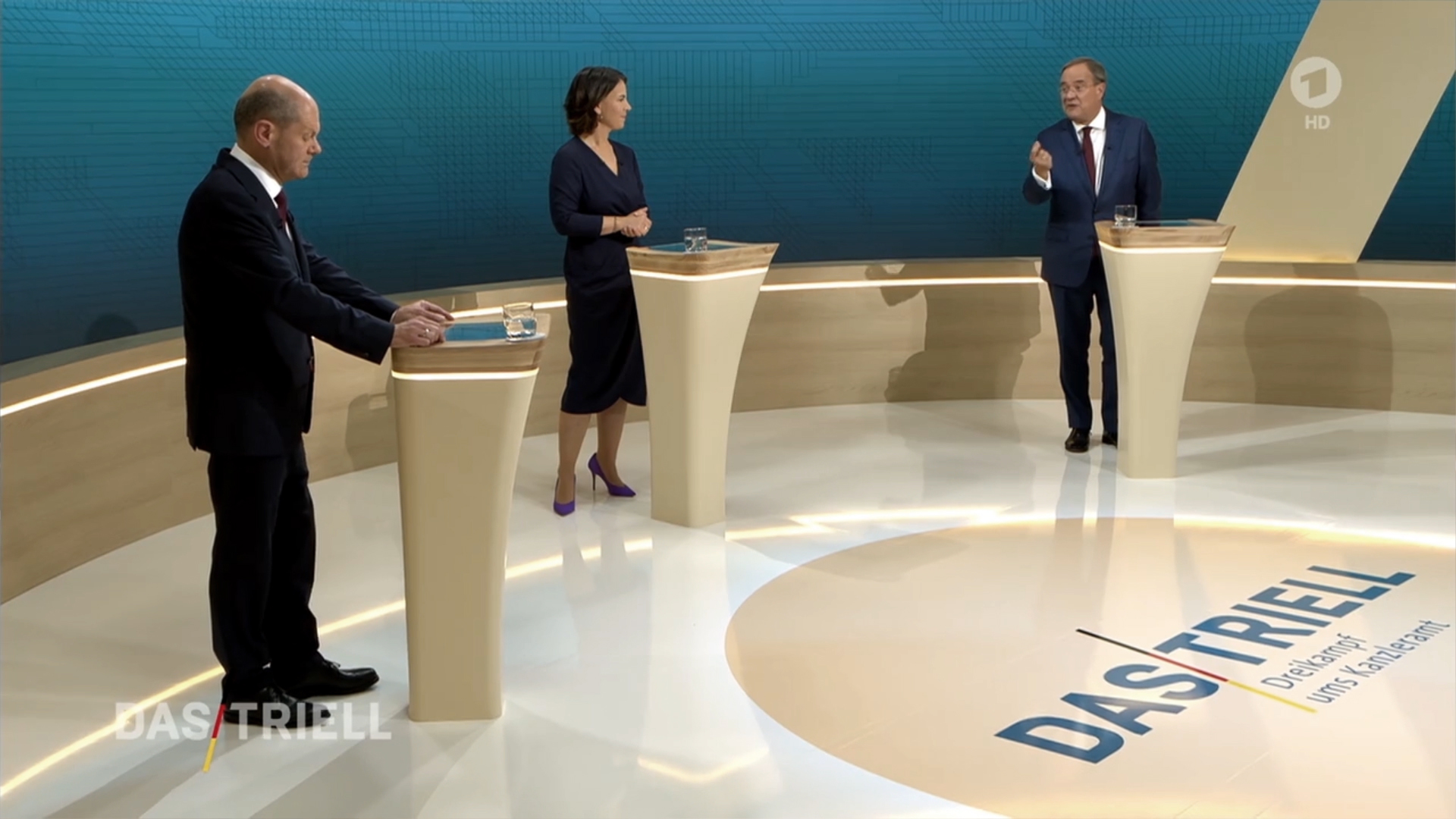 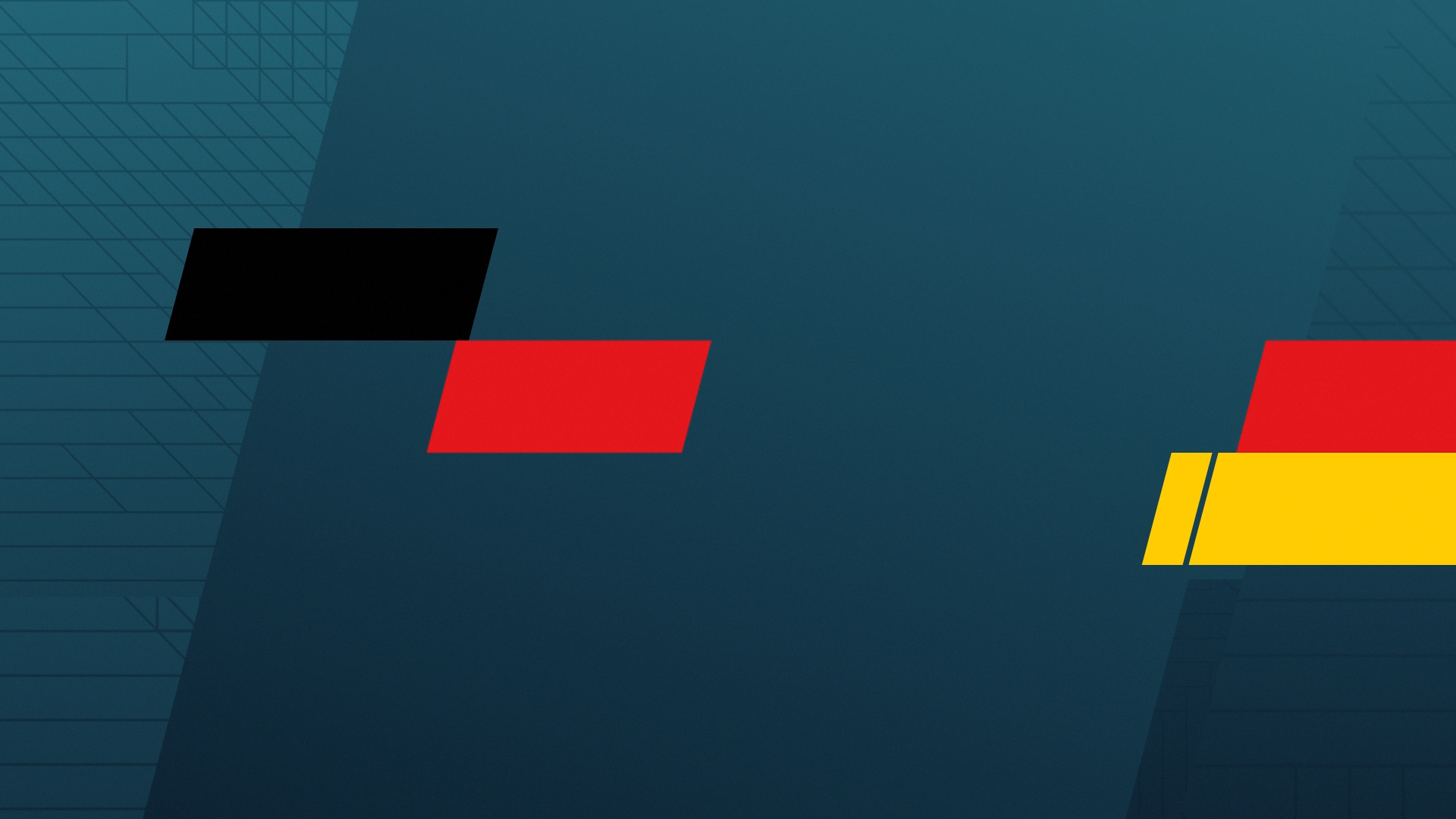 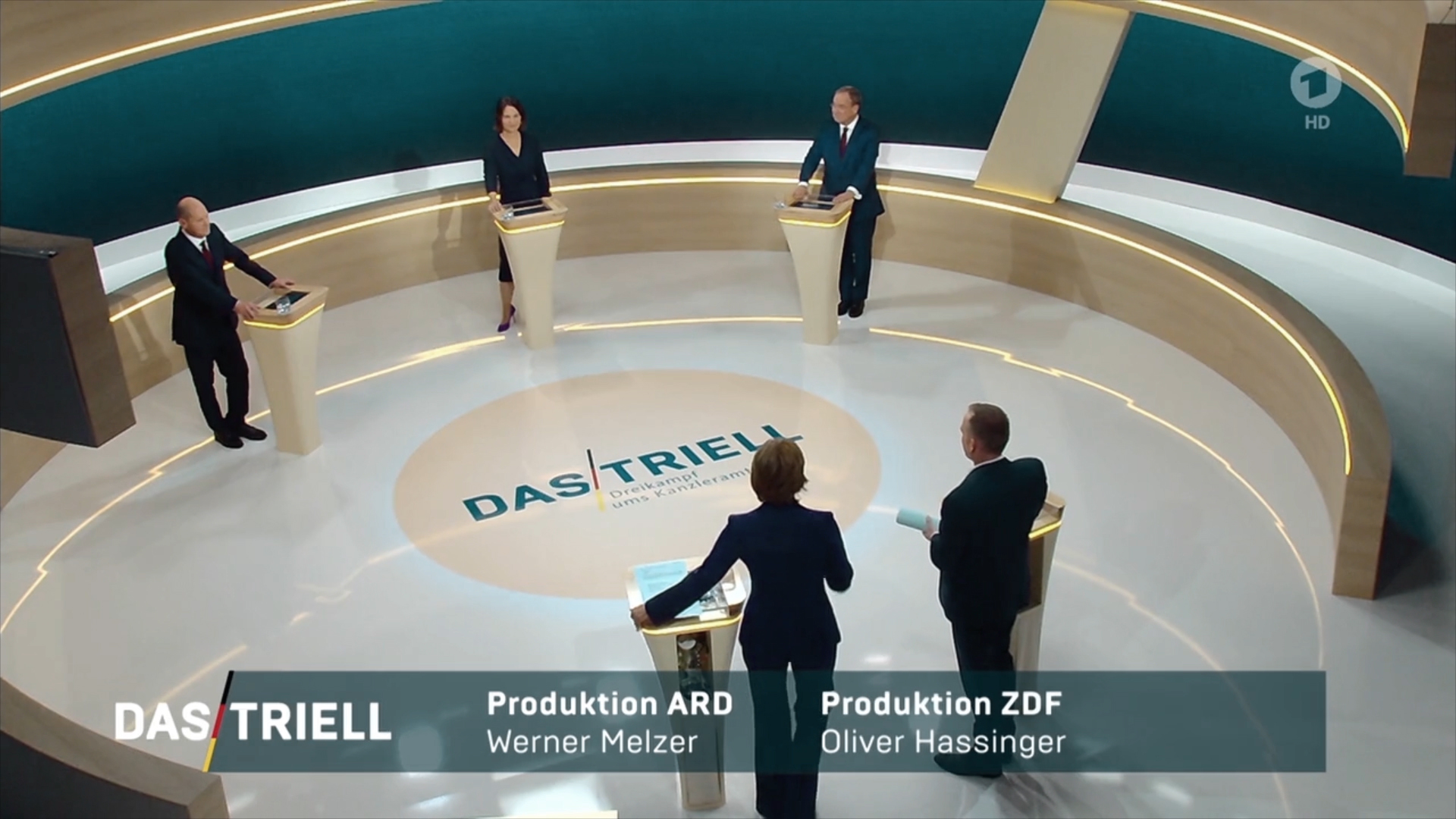