The ARD program “Bericht aus Berlin” (“Report from Berlin”) reports on current political events and is broadcasted every Sunday at 6:05 p.m. on Das Erste (“The First” - first German public Television). All programs are also available in the ARD media centre. The program has been produced in the ARD capital studio in Berlin for over 20 years. The predecessor “Bericht aus Bonn” (“Report from Bonn”) was broadcasted on German television for the first time in 1963. The design for the program presents the City of Berlin as the centre of political events and combines the ARD's CI color blue with dynamically animated surfaces and micro-graphic elements, which derive from the new logo. The opening credits were produced in two versions: the main version with Tina Hassel and Thomas Baumann (until 2018), from 2019-2021 Tina Hassel and Oliver Köhr. The journalists were filmed in front of the Marie-Elisabeth-Lüders-Haus with a view of the Reichstag building. The second version of the opening credits presents images of political Berlin in combination with design. In addition to the opening credits, we also designed and produced inserts, information graphic boards and backgrounds. 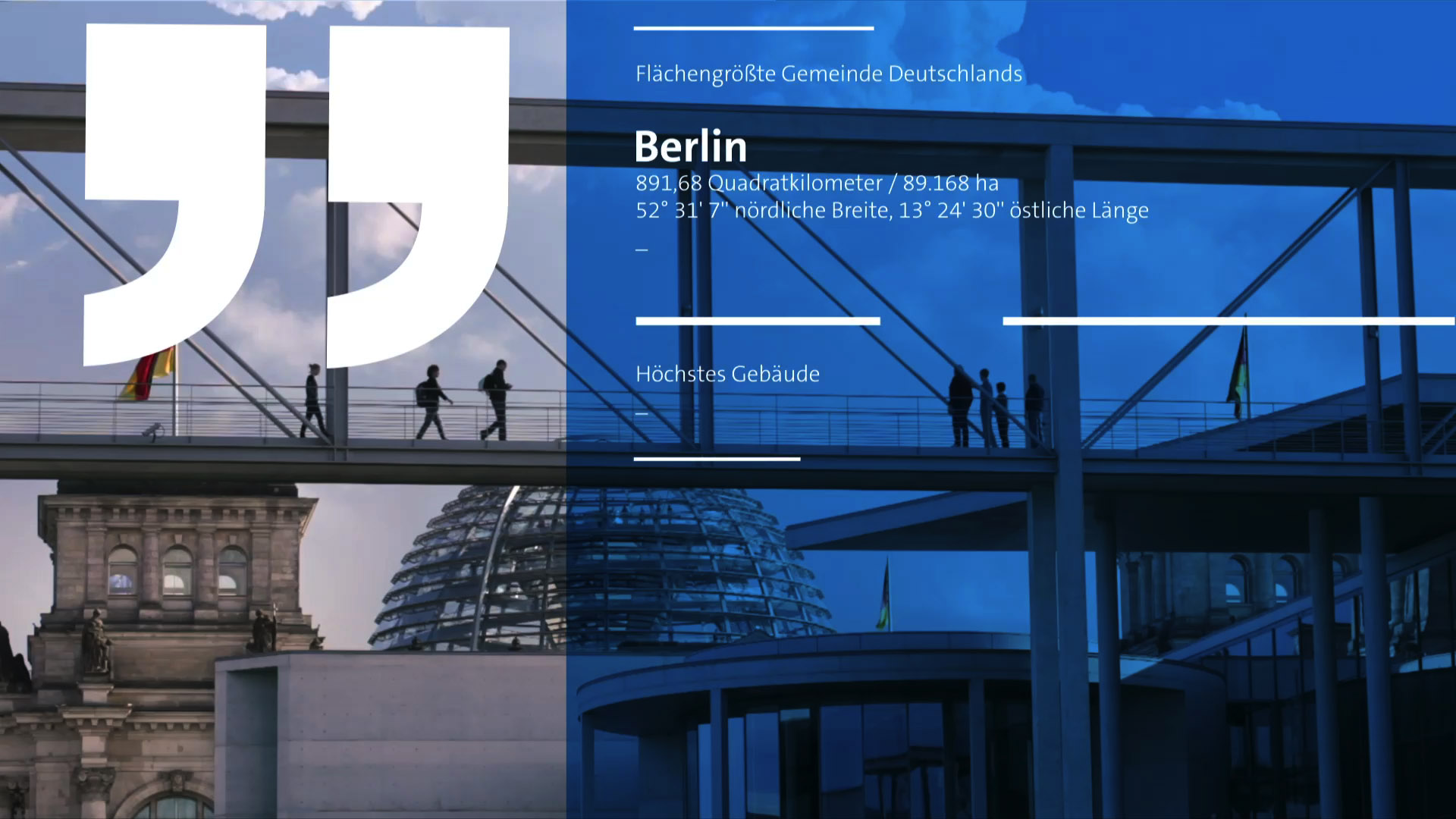 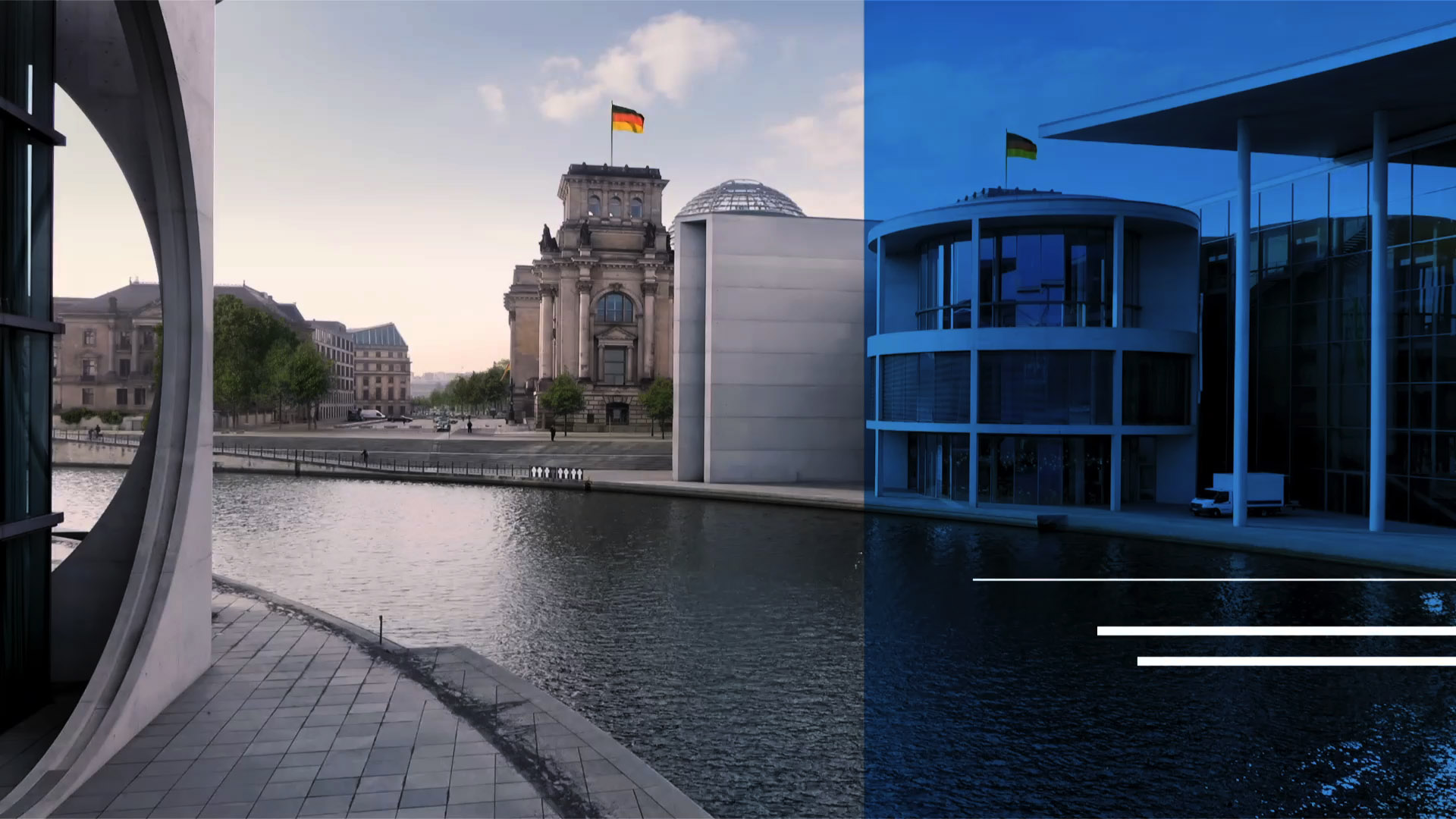 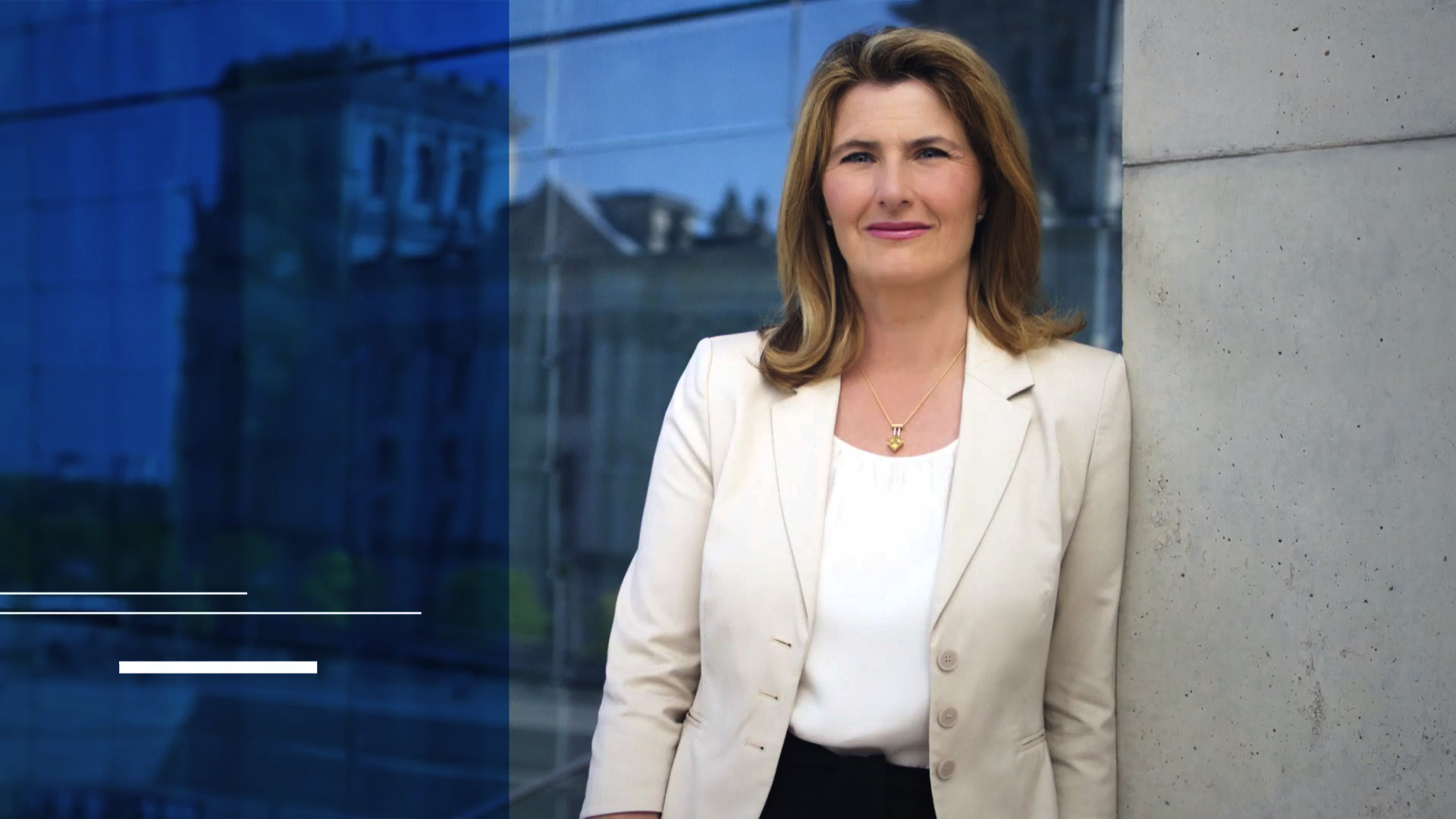 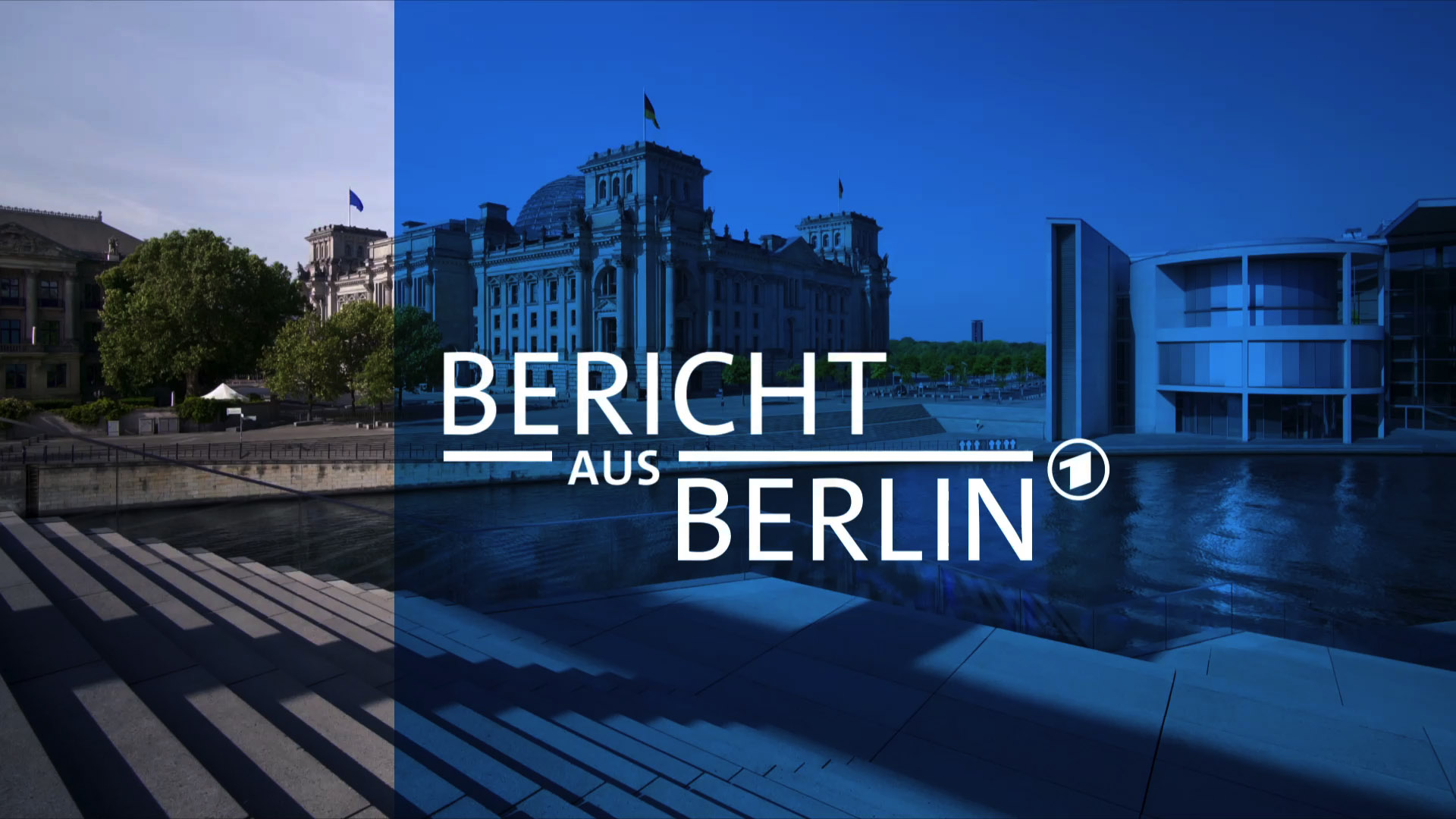 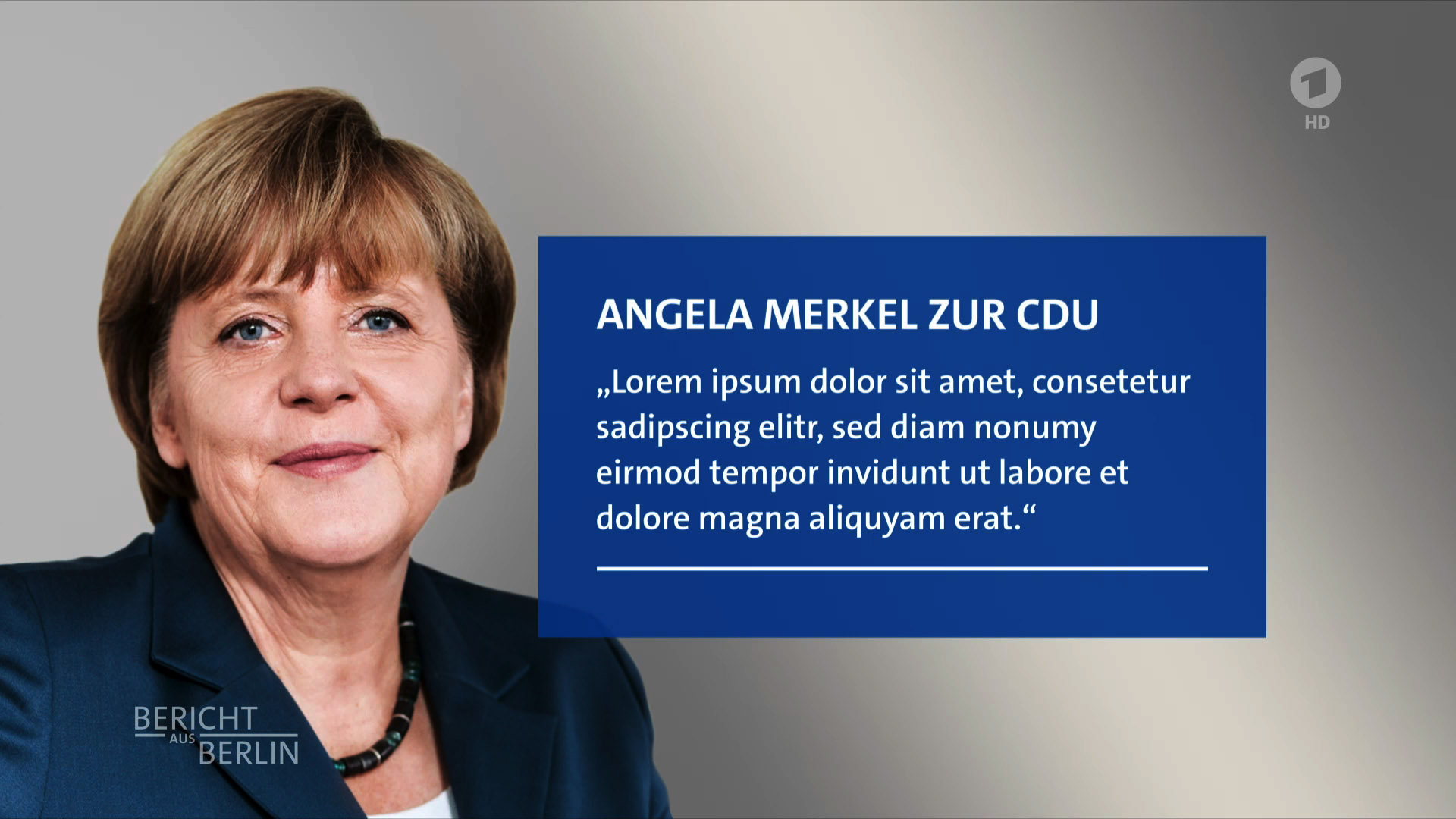 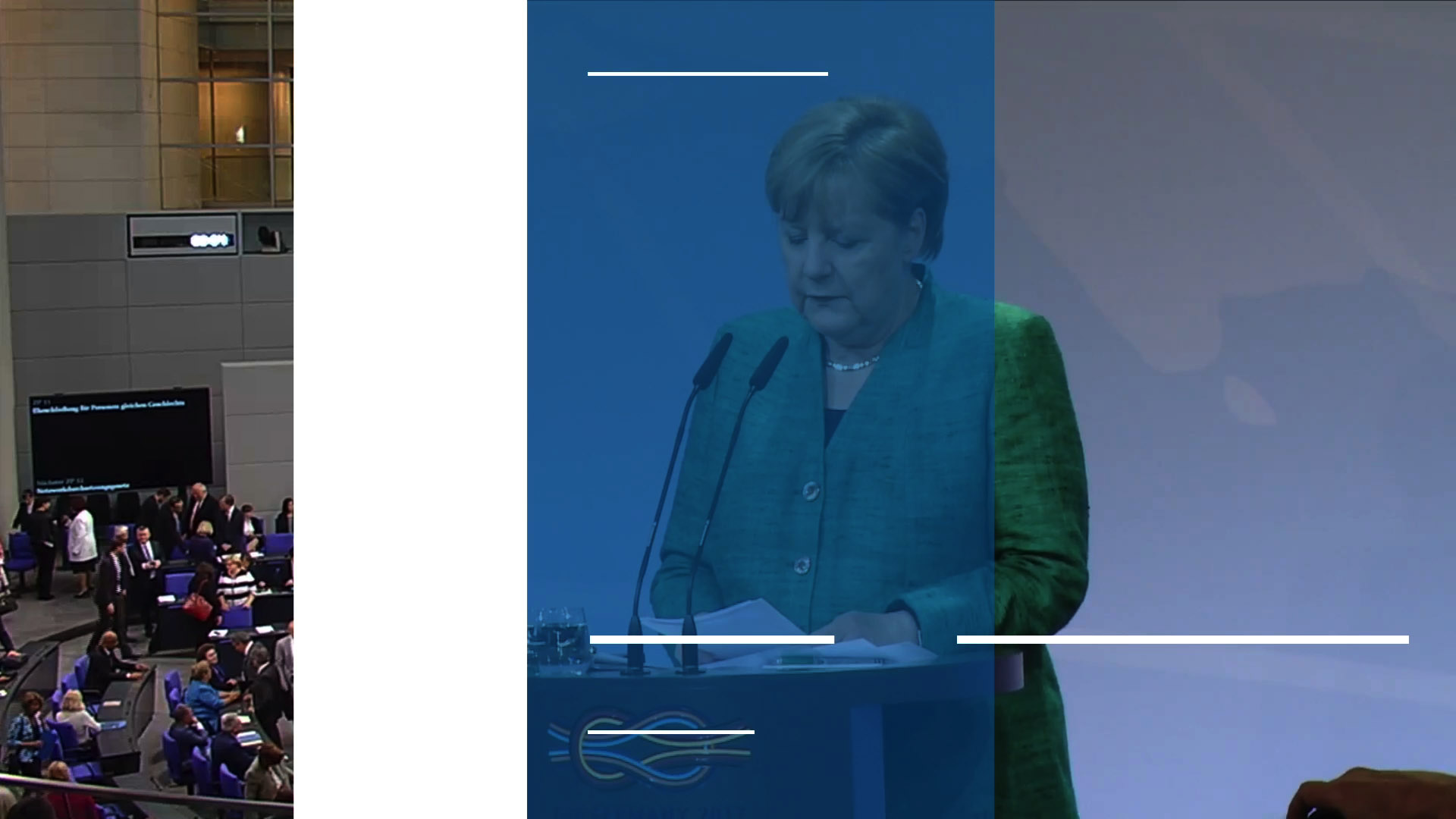 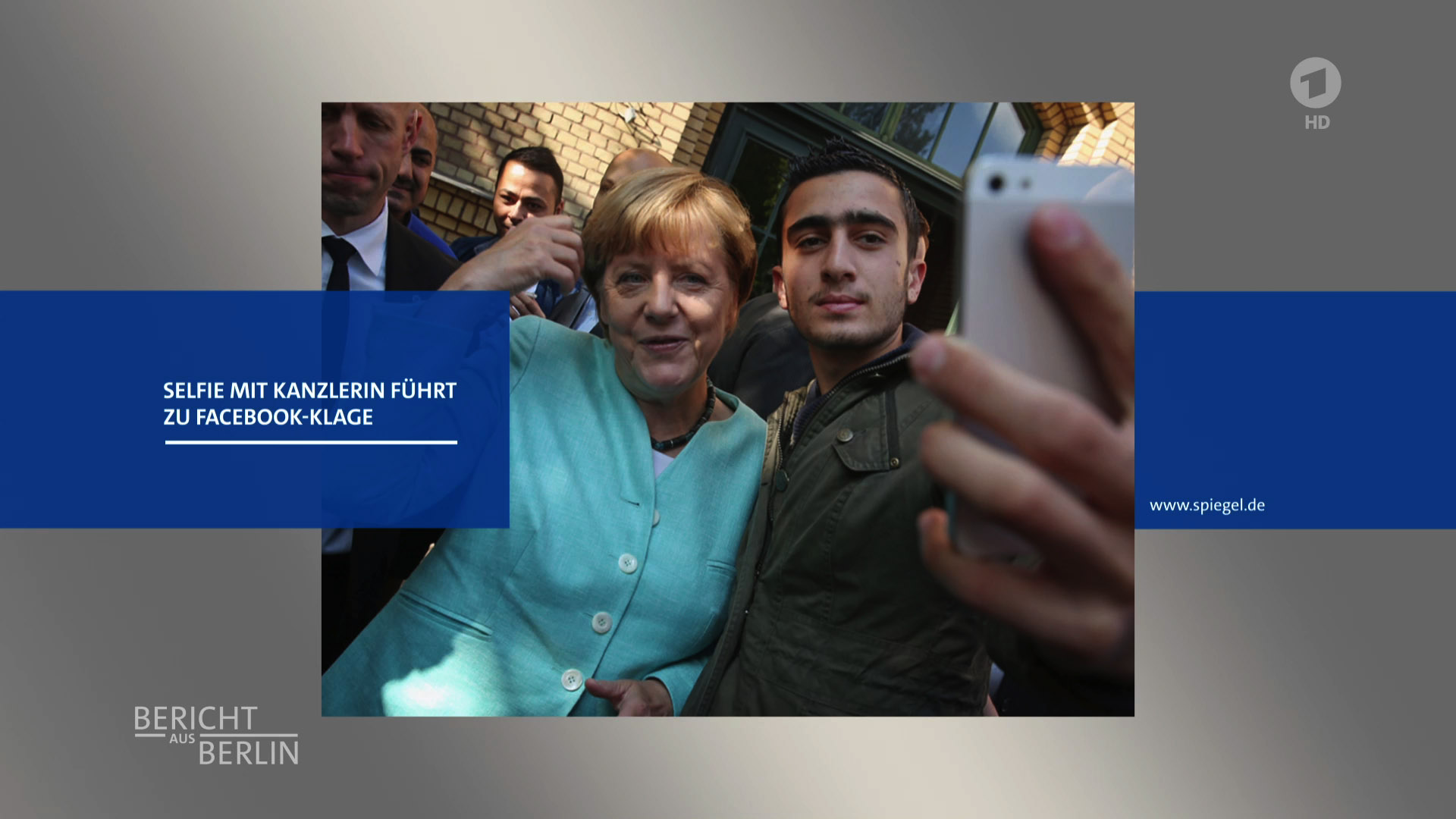 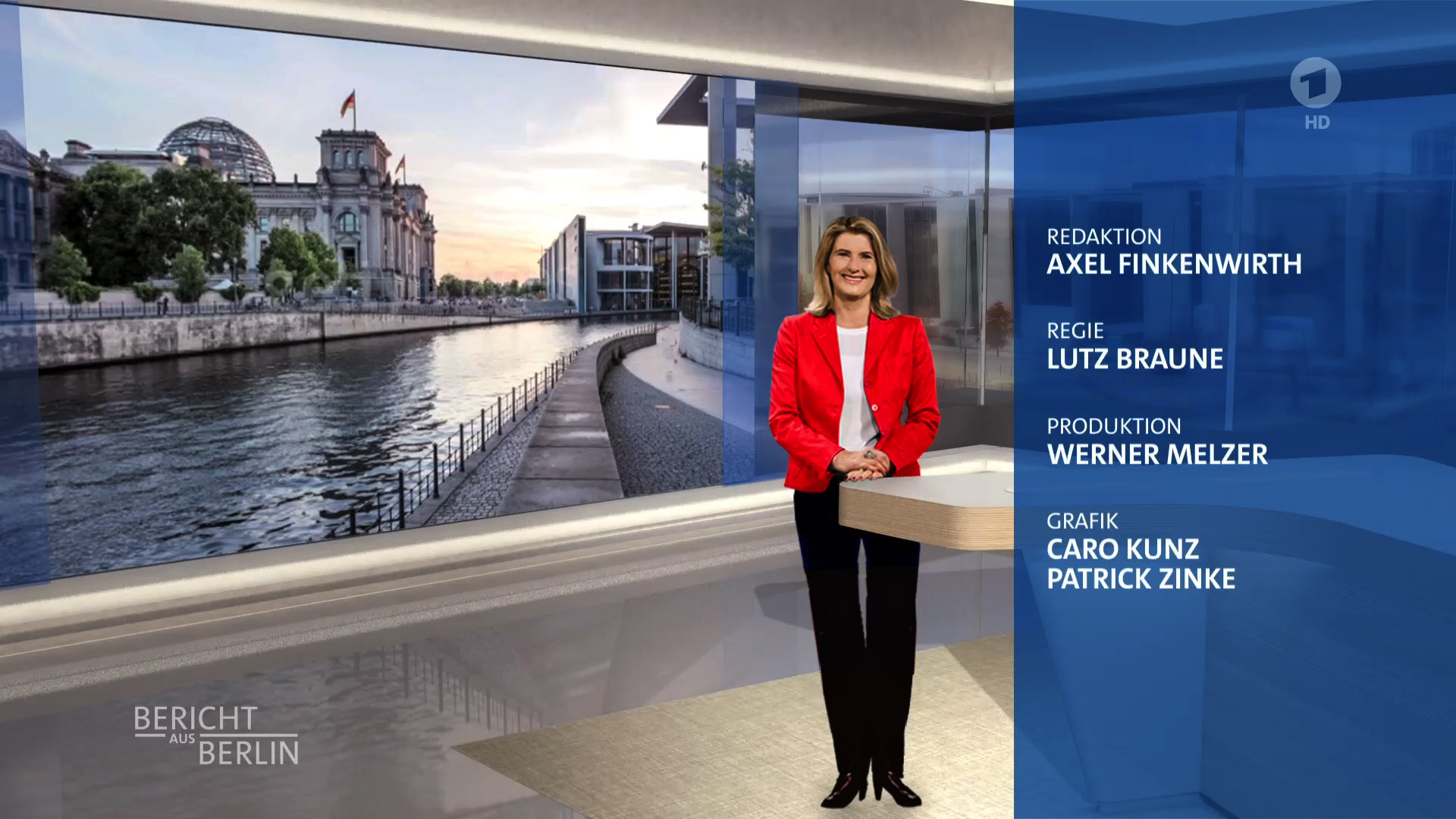 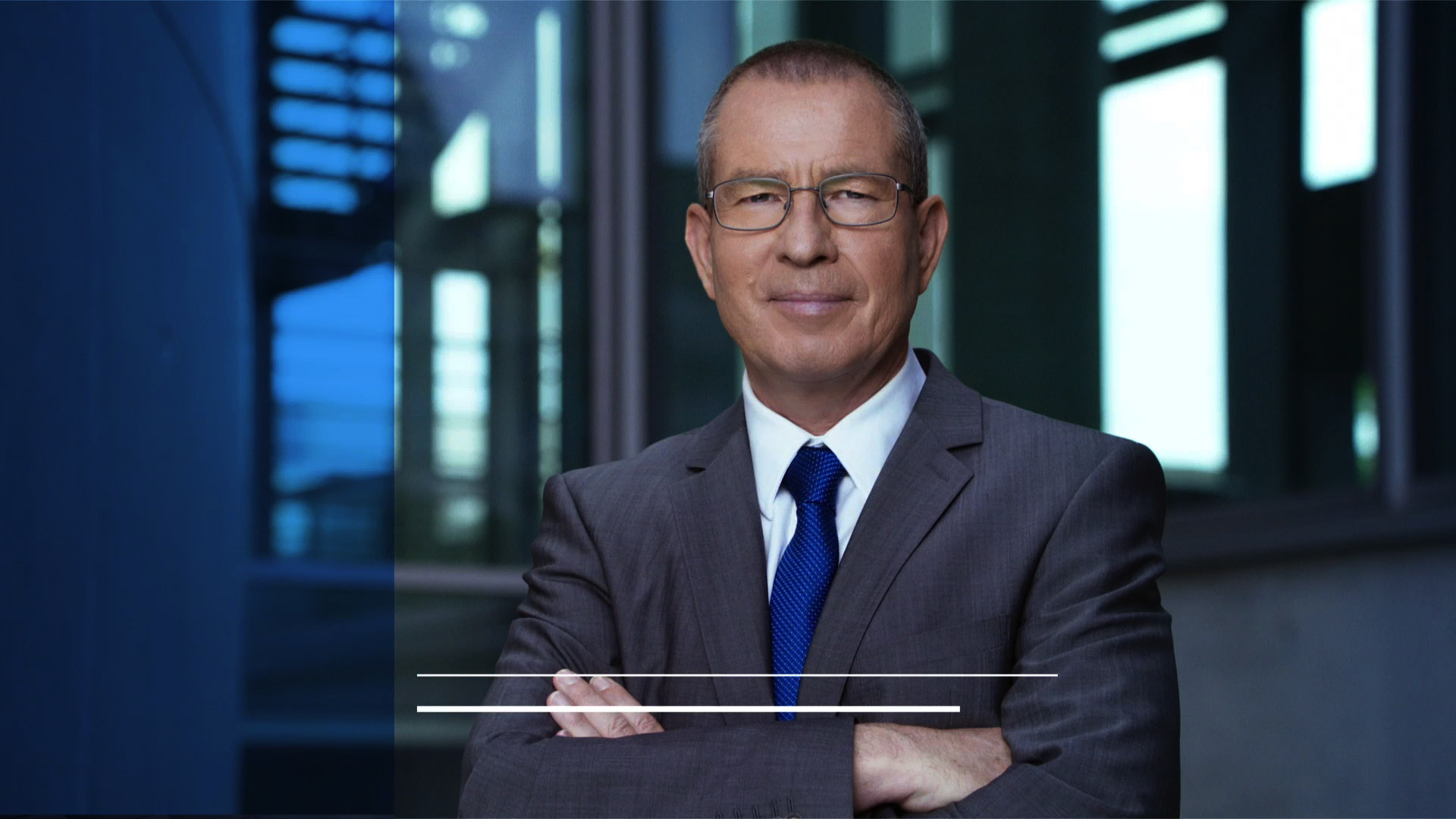 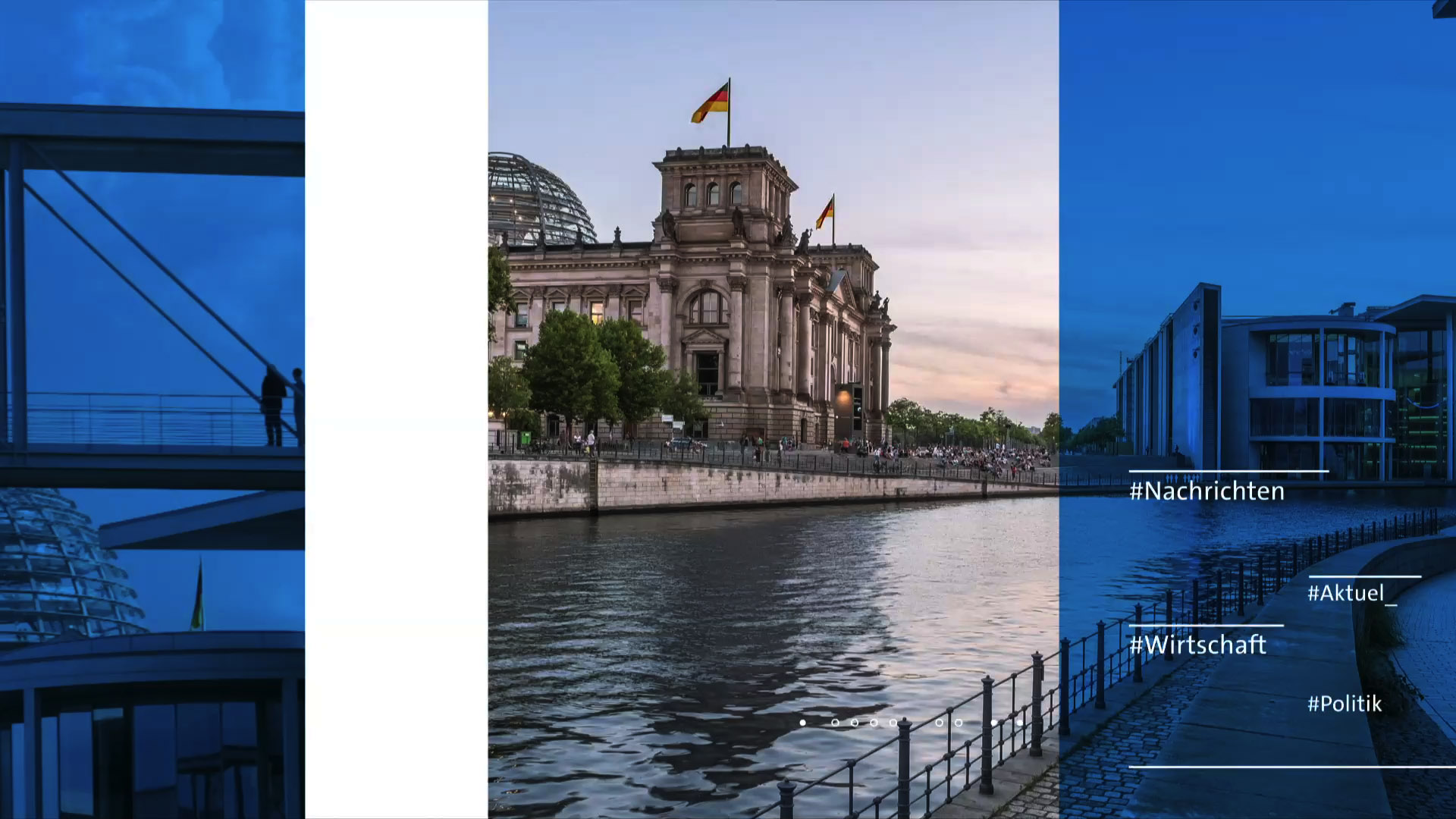 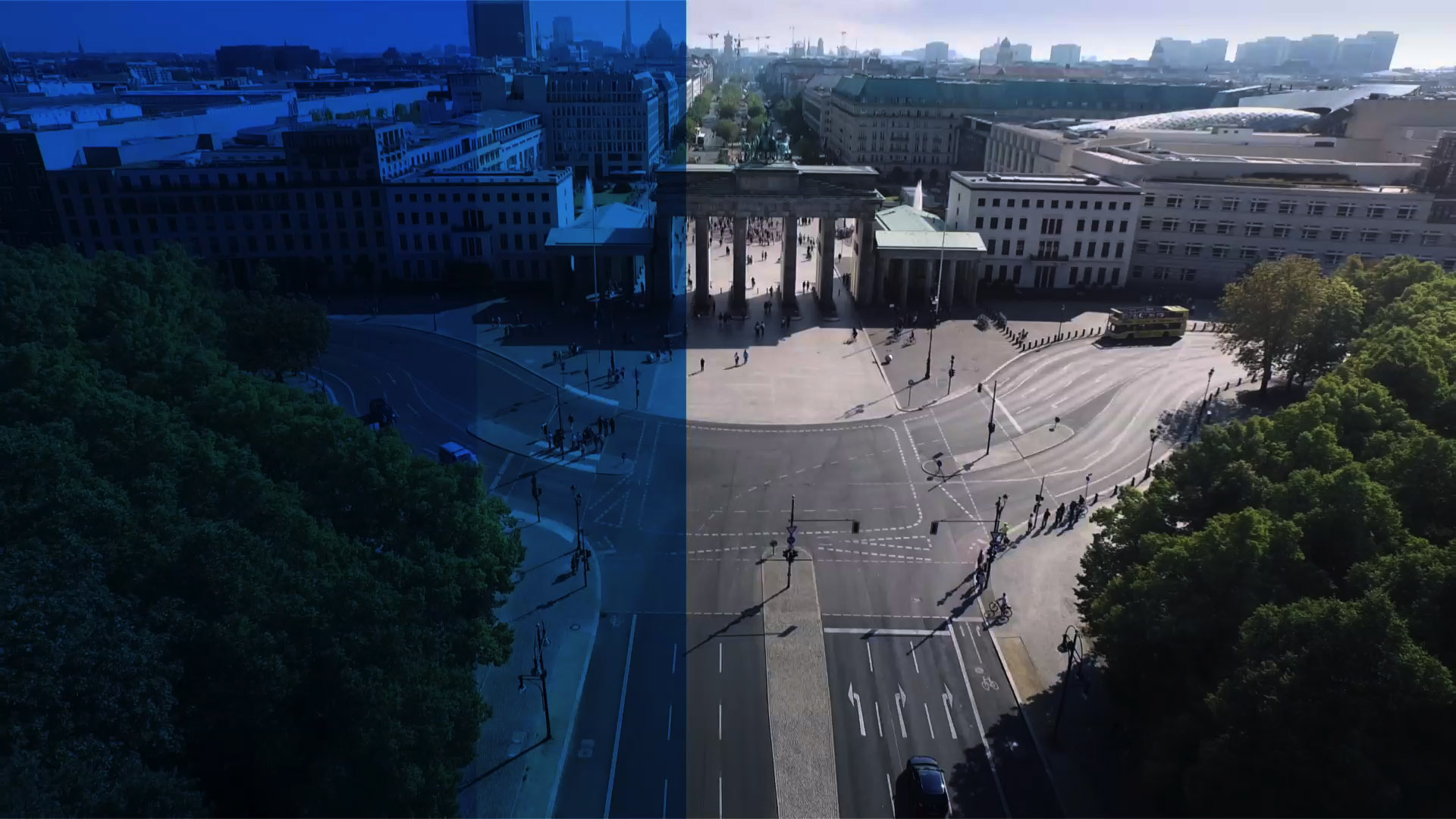